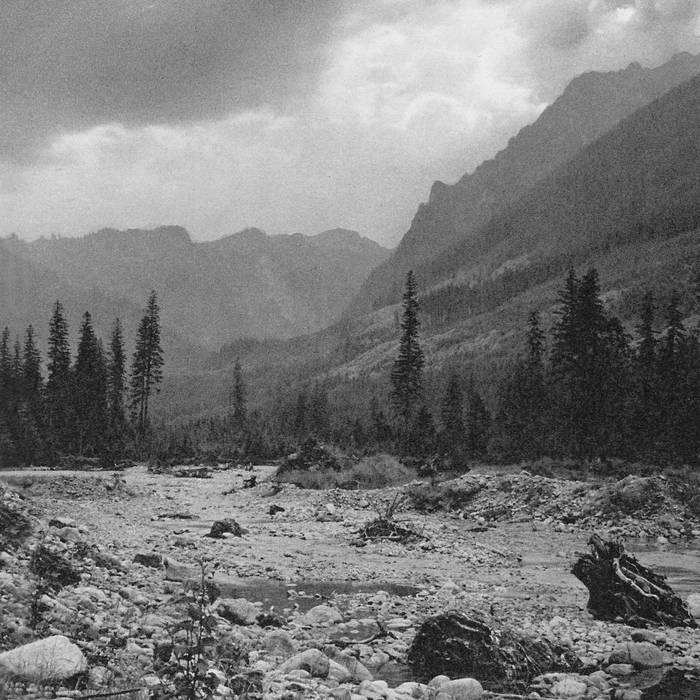 4-Track Guitar Music is the unassuming title of a cassette by Swedish composer Mats Erlandsson, which was originally released on Kali Maloneʼs and Maria W. Hornʼs XKatedral label in 2018. Composed using only, as the album title implies, a 4-track tape deck and an electric guitar, the music was later modified on the computer and re-amplified in the machine hall of Ställbergs Gruva, a disbanded Swedish iron mine.

The music is primarily composed using melodic motifs and canonical structures in which a set of pitches are transposed in octaves and delayed, creating an ever-evolving cyclical polyphony. Contrary to the albumʼs modest title, the music is a tour-de-force of exuberance and stoic catharsis, continuously bordering on a sense of ecstatic serenity, sincere contemplation and restraint.

Now Vaagner is proud to present the work on vinyl for the first time via a fully remastered reissue of 4-Track Guitar Music, with the Double LP including a bonus track titled "Cellar" by Mats Erlandsson which was not included on the original release.

As a composer, musician and sound artist, Mats Erlandsson is part of the vibrantly reemerging field of drone music in Stockholm, Sweden, and is associated with practices characterized by the extensive use of sustained sound.

Erlandsson has undergone studies in composition in Stockholm, where he received a Masterʼs degree in Composition of Electronic Music. In addition to his own artistic practice, Erlandsson holds a position as studio assistant at the world-renowned Elektronmusikstudion (EMS) in Stockholm. He presents his work both as a solo artist and in collaborations, most notably together with Yair Elazar Glotman.

Bandcamp Daily  your guide to the world of Bandcamp

Featuring interviews with the mighty Hiatus Kaiyote and genre-busting L'Rain.