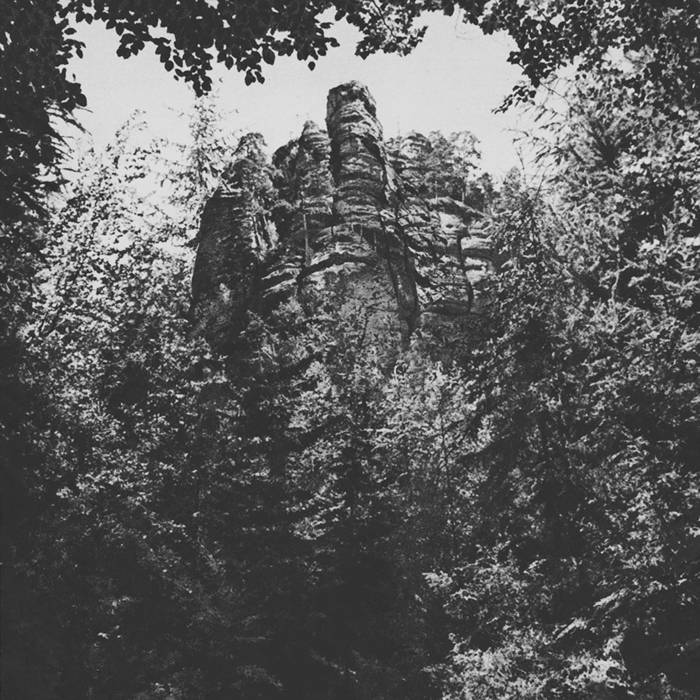 Zamantaliege A beautiful, melancholic album that draws you in. An album for repeated listens.

C://FNFN so that your heart melts in the cold summer of your memories Favorite track: Heavy.

The Riddle of Steel

Around the ancient city of Istanbul, a defensive wall dating back to classical antiquity sits embedded in a landscape that has been a crossroads of civilisation for thousands of years. Over time, the forces of erosion have softened its hard edges, rounding its once imposing form into heaps of crumbling ruins. In some places, the wall has been rebuilt using a patchwork of old and new bricks; in other places, it has worn away altogether, conquered by the persistent efforts of wind and sea and summer weeds.

Like the ruins of an ancient wall, the music of Turkish composer Ekin Üzeltüzenci stands as a soft reminder that hard boundaries are a fleeting illusion.

Heavy is a welcome LP reissue of a tape released in 2016 on the No Kings label, one of Üzeltüzenci’s most compelling albums to date.

Opener “Aeter” features her signature instrumentation: mumbling piano, gently rolling guitar and a wisp of vocals refracted through a grey cloud of reverb. On “Still Numbers” layers of gentle hiss and warm static envelop the melody like a cocoon.

As the album progresses, the shapes become looser, adorned by spirals of delay spooling ever deeper into a haze of memory. “Gogo” moves like the ghost of a pop song, buried under time. “Stranger” represents Ekin Fil’s mood conjuring at its finest – a disorienting blur of ASMR-inducing whispers disappearing into a delicate cascade of swirling smoke.

-Emily Pothast for The Wire

Arriving in the midnight wake of ‘You, Only’, Ekin returns with a reissue of a long sold-out tape for No Kings. ‘Heavy’ is perhaps a knowing misnomer for the album’s gauzy, elusive atmospheric qualities, but does suit its emotive heft perfectly. In seven parts she speaks to lonely, isolationist moods discreetly yet directly, typically using reverb and a web of SFX to render her voice and music like a massive, woollen shroud or comfort blanket of sound weft from glossolalic gild and charged air.

'Heavy' was originally produced 5 years ago and released in 2016 on tape via Lee Noble's seminal No Kings label.

Now the work has been reissued on vinyl and remastered from the original tape rips by Rashad Backer, preserving the fragile and heavy hearted auditory sensibility found in the original work, while making one of Ekinʼs earliest and most personally endearing releases available to a new audience of listeners.

Bandcamp Daily  your guide to the world of Bandcamp

Featuring interviews with the mighty Hiatus Kaiyote and genre-busting L'Rain.